Each Monday on True Story, Tig and Cheryl discuss a new documentary, with plenty of hilarious diversions and memorable stories along the way. Their endearing friendship, which goes back to the early 2000’s when Cheryl caught one of Tig’s standup sets and helped her get her first manager, lends a hilarious foundation for off-topic anecdotes, good-natured taunts, and plenty of inside jokes as the seasoned comedians talk their way through (and frequently, around) the plot of that week’s documentary.

"We're both so excited that Tig and Cheryl: True Story is now at Headgum. We're still waiting for them to realize that our show is not actually a hard-hitting documentary podcast, and that in reality most of our episodes lead to us proclaiming 'there's no way to know' and making each other laugh until our sides hurt. We do know one thing for sure: we're excited for this new partnership and what's next for True Story,” said Tig Notaro and Cheryl Hines, hosts of the Tig and Cheryl: True Story podcast.

“As huge fans of Tig and Cheryl, both separately and together, we’re thrilled that True Story is joining us at Headgum,” said Headgum founders Jake Hurwitz and Amir Blumenfeld. “They truly understand how to deliver an authentic and amazingly funny conversation, and our only hope is that the documentary format never dies so that we can listen to this podcast forever.”

With over 90 episodes under their belts, covering current fare such as White Hot: The Rise & Fall of Abercrombie & Fitch, The Tinder Swindler, and classic documentaries like The Staircase, Tig and Cheryl’s weekly show has gained a dedicated following since its September 2020 debut and continues to climb up the comedy charts. This odd couple’s bottomless well of quick-witted banter, hilariously meandering observations about life, impromptu singalongs (Kenny G, anyone?), and Hollywood anecdotes (like Cheryl finding Julia Roberts’ dog on her doorstep) will charm new fans and loyal listeners (known to fans of the show as “Snerkbols”) alike.

Highlights of the True Story podcast include the “Happily Ever After Thoughts” segment that prompts Tig and Cheryl to share if they cried while watching that documentary, as well as who they were attracted to on-screen, Tig’s love of veering off-topic, Cheryl’s inability to pronounce common words and names, and much more.

Tig Notaro is an Emmy and Grammy-nominated stand-up comedian, writer, and actor who has appeared in Army of the Dead and Star Trek: Discovery; wrote and starred in the groundbreaking TV show One Mississippi; and recently released her second HBO stand-up special, Tig Notaro: Drawn. In 2021, Tig co-directed, with wife Stephanie Allynne, the feature film Am I OK?, available later this year on HBO Max. Rolling Stone named her one of the "50 best stand-up comics of all time." She also hosts the advice podcast Don't Ask Tig.

Cheryl Hines is an Emmy Award-nominated actress, director, and producer best known for her role as “Cheryl David” on the Emmy Award-nominated and Golden Globe Award-winning series Curb Your Enthusiasm, which aired its eleventh season in 2021 and is getting ready to start production on season 12. Hines also stepped behind the camera to direct an episode. Cheryl can currently be seen on Season 2 of the critically acclaimed HBO Max series The Flight Attendant playing a CIA Operative. Hines has starred in numerous feature films including A Bad Moms Christmas, RV, Wilson, and Waitress.

About Tig and Cheryl: True Story

Join Tig Notaro (One Mississippi, Star Trek) and Cheryl Hines (Curb Your Enthusiasm) as they discuss a new documentary every week, with plenty of hilarious diversions and memorable stories along the way! 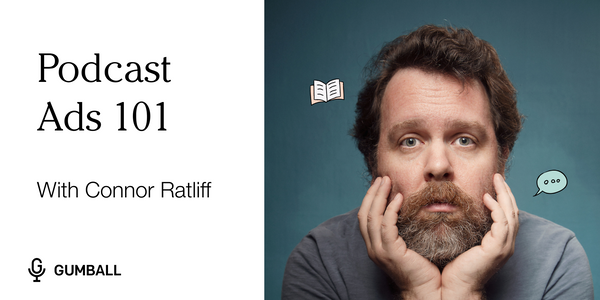 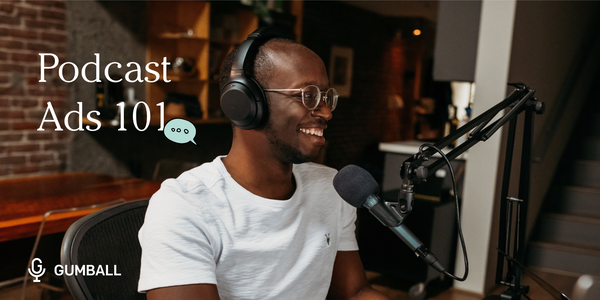 Reading a host-read ad that both feels authentic and captures a brand’s essence is a skill. We show you how to master it. 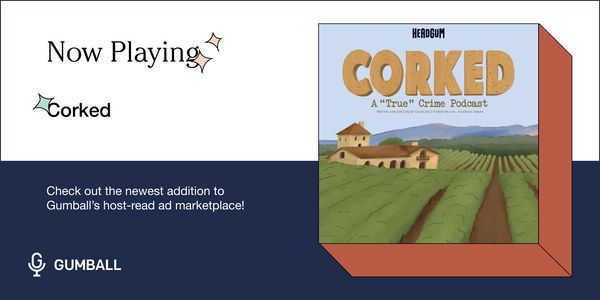 Book your next ad campaign on “Corked,” which follows a crime mystery in Napa Valley that’s almost too funny to be true.